Rating Reminder v A Hungry Child in the Backseat

I hate rating reminders. Let me repeat that: I hate rating reminders. I hear you ask “But aren’t you a developer? Surely you want your users to give you feedback?”. Sure yes, and we do have a gentle reminder ourselves (which you won’t see unless you actually use Track Runner). But a recent trend in the Windows Phone World, fuelled by Microsoft’s decision to include ratings in the store ranking algorithm, is to be as pushy as possible. I installed one app today and updated another one. Each greeted me with “Rate me!”.*

What is worse is their persistence. If i don’t want to rate an app, I don’t want to rate it. Unfortunately, the “No thanks” button usually leads to a “Can we make it better?” question. (A: Yes – remove that annoying reminder please.) Tapping that away leaves me breathing space until the next launch… somehow this reminds me of early 00s style websites that you couldn’t close without going through 10 silly popups asking you whether you’re sure you want to leave.

I understand these developers; Being far up in the search results is critical to the success of an app, and with rating quantity and quality both being a factor for search position, those ratings may translate to real-life dollars and euros. I wonder though what users think of this – my guess is that they don’t like the constant reminders.

I think Microsoft should play the grown-up here who puts an end to overly annoying reminders. Maybe the OS could determine the time you spend with an app and handle the rating reminders instead of the app itself. That would level the playing field a bit and users would hopefully find this a much nicer experience that the current rate me craze.

*: I resisted the urge to give them 1 star for being annoying.
Posted by Unknown at 5:43 PM 6 comments: 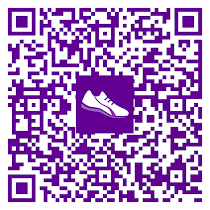